Skip to content
By continuing to browse Debt Collection by Ascent site you are agreeing to our use of cookies. Review terms and conditions page for details.
Home » News » Over-forbearance: can lenders be too lenient?

Over-forbearance: can lenders be too lenient? 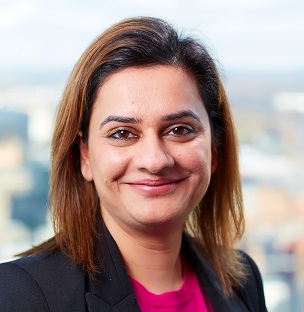 Our Head of Secured Services, Shilpi Jairath, discusses the issue of over-forbearance.

For customers in temporary or short-term financial difficulty, forbearance (literally meaning “holding back”) is often granted by the lender, to allow the customer a grace period in which to catch up to its payment schedule.

This is a perfectly reasonable approach, with examples being payment holidays, or product switches (for example to an interest only mortgage). However, in today’s mortgage market,  lenders dealing with customers in arrears with their payments have to find a balance between giving a customer appropriate time through forbearance, and ensuring they don’t cause detriment to the customer by giving them too much time –  a problem known as ‘over-forbearance’.

While eviction can be an emotional wrench for the homeowner, the truth of the matter is that a fresh start – as part of a significant but inevitable need for life adjustment – may be the right outcome for the customer financially. This is because the longer a lender waits before taking action, or seeing it through to a conclusion, the more interest is likely to accrue and the more legal costs will mount up. This can cause debts to rack up and eat away at any equity that may be in the property or create further debt with increasing shortfall sums. Sometimes forbearance ends up merely delaying the inevitable, with the customer ending up in a worse financial position than they would have been if matters had been concluded sooner.

Over-forbearance remains a key area of focus for the Financial Conduct Authority (FCA), who caution against delaying activity where it’s clear that a customer’s situation will not improve, and where over-forbearance is only causing more detriment to the customer.

In their review of the issue of extended forbearance periods, which reported in December 2018, the FCA did not identify evidence of widespread harm to customers from extended forbearance, finding that lenders were largely treating customers in long-term arrears appropriately. Those findings reflect our own experiences that the larger mainstream lenders are generally handling forbearance well and have robust procedures around this.  However, in other areas of the market, there appear to be some inconsistencies in arrears management practices that could “result in a poor customer experience and have the potential to cause harm”, as the FCA put it, including inconsistent handling of vulnerable customers.

The FCA has also highlighted as a concern the potential impact of a rise in interest rates – which many predict could be on the cards – on more indebted households, which would be amplified if lenders suddenly began to shorten their forbearance periods and move more quickly.

This all leaves lenders in the tricky situation of trying to be fair to the homeowner without being too lenient. Creditor forbearance is probably the single most important factor in minimising the number of repossessions. So when is it right to forbear? <!–[if !supportLineBreakNewLine]–>

Many of the leading banks have committed to a minimum of three months – and sometimes even six months – forbearance before proceedings commence. During this time, creditors are likely to have tried to contact the debtor by every means possible, with many instructing a field agent to attend at the debtor’s property. If an agent has been successful in contacting the customer, they are likely to have discussed a variety of options to resolve the position.

However, it remains common for the customer not to engage at all, described as the “ostrich effect”, and all attempts to engage with the customer are key. Even at the later stages we see 60%-70% of our field visits to customers generating positive and confirmatory information and evidence to lenders to help matters progress positively for many customers. Even if matters progress and court proceedings are issued, options to avoid eviction still remain open; the MCOB rules state that “firms must not repossess the property unless all other reasonable attempts to resolve the position have failed.”   It’s absolutely true that it’s never too late for a customer to try and come to an arrangement with a lender that will avoid loss of the house.

Unfortunately there isn’t an equation that can combine all the factors in play to produce a right or wrong answer to the forbearance dilemma, and it’s a tough balance to achieve. I personally believe extended forbearance should only be granted when it is truly in the best interests of the customer, unlikely to cause them harm, and where there’s a reasonable expectation that the customer will be able to return to making sustainable payments.