Skip to content
By continuing to browse Debt Collection by Ascent site you are agreeing to our use of cookies. Review terms and conditions page for details.
Home » News » Expert Briefing: Default Notices and Credit Reference Agencies 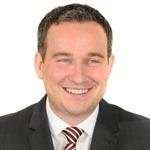 A High Court judge has rejected an attempt by a banking customer to seek substantial damages of up £1.9 million after it froze her student accounts when she was overdrawn.

In the case (Boyo v Lloyds Bank plc), decided on 23 August 2019, the claimant Aniekan Boyo had brought proceedings against the bank for defamation and breach of contract. Most notably, she also claimed that the bank had acted inappropriately by reporting her overdraft to Credit References Agencies. Boyo initially sought damages of £440,000 which she later sought to increase to around £1.9 million.

The judge found in favour of the bank on all legal aspects of the case, but the decision is interesting because the court considered whether there was any legal requirement to serve a Default Notice before reporting a default to a Credit Reference Agency, which is something the bank had not done. If there was a legal requirement, the bank could potentially have been in breach of statutory duties under the Consumer Credit Act 1974.

Section 87(1) of the Act lists certain actions which a creditor cannot take (by reason of breach) without first serving a Default Notice. Reporting to Credit Reference Agencies is not contained within that list, but – helpfully for lenders – the court agreed with a previous decision (McGuffick v RBS) which had found that reporting to Credit Reference Agencies did not amount to enforcement (which is on the list).

It followed, therefore, that there was no legal requirement on the bank under the 1974 statute to serve a Default Notice prior to reporting the claimant’s overdraft to Credit Reference Agencies.

The claimant also asked the court to look at whether there had been a breach of a common law duty in this regard.  The bank accepted that it owed the Claimant a common-law duty to exercise reasonable care and skill when registering defaults and making the report. However, the court had little hesitation in rejecting this argument, finding the report had been true and not misleading.

For more information or to discuss any aspect of this case, please contact me.