Skip to content
By continuing to browse Debt Collection by Ascent site you are agreeing to our use of cookies. Review terms and conditions page for details.
Home » News » Should Limitation periods be extended?

Should Limitation periods be extended? 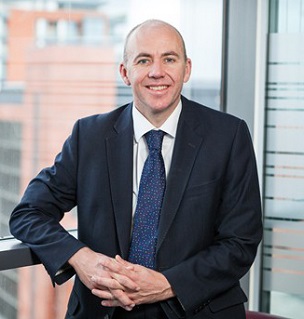 Due to the outbreak of the coronavirus many services and processes have been disrupted, including legal proceedings. Court closures could mean that firms are unable to serve writs or other court documents in time to ensure they do not fall foul of time bars on civil actions.

This is further complicated by the fact that creditors are being asked to be increasingly flexible at this time which in fact may be counterproductive in some cases.

In Ontario, the Government has responded to the issue of limitation periods by enacting an emergency piece of legislation that, in effect, discounts the period of March to June 2020 for the purposes of limitation periods. This means that any action that was due to expire from the period where the restrictions imposed due to coronavirus began will now be continued on from June with the amount of time remaining on the action from before the beginning of March. This ‘pausing’ of time bar and limitations will allow lenders to seek civil solutions once the courts and legal services resume as normal.

There have been discussions in Scotland about the benefits of following a similar approach to Ontario toward limitation periods. If similar emergency legislation were to be enacted in Scotland, this would be retroactive in nature and indeed, it is difficult to ascertain which firms have been affected by the expiry of limitation periods. It may be that smaller firms are affected more than larger firms, who have greater resources and are able to mitigate the risks or devise alternate solutions. Larger firms may be less affected by having to turn down time-limited instructions however, for smaller firms this could seriously impact their revenue.

As yet, the subject does not appear to be so well advanced as a discussion topic in England & Wales, despite the fact that many more individuals may be affected.

The arguments for instigating such legislation are that:

There is already a precedent for postponing the expiry of limitation. The Association of Personal Injury Lawyers and the Association of British Insurers have agreed to waive a limitation defence in personal injury cases. If the limitation period ends during the current restrictions on court business due to Covid-19 the limitation period is to be extended – this is to prevent the risk of personal injury claims expiring during this period and the claims not being settled fairly.

We would welcome any temporary legislation which would more widely postpone the expiry of limitation periods on writs during this difficult period as it would benefit customers, lenders and the courts and allow us to support our clients and customers first and foremost, and deal with any potential action fairly at a later date when services resume as normal.

If you have been affected by the expiry of limitation periods, please get in touch.